Skip to content
Home photovoltaics Photovoltaic (PV) History – the Beginning
The effect of light on the electric properties of certain materials was observed way back even before electricity became generally available.

In 1839 the nineteen-year-old French physicist Alexandre Edmond Becquerel observed the photovoltaic effect for the first time. Experimenting with metal electrodes in a weak electrolyte or conducting solution (such as salt water) exposed to sunlight, he discovered the appearance of small amounts of electric current.

However, Becquerel’s discovery couldn’t find any practical use and was limited being tagged as an observed phenomenon. The photo conductivity of an element, selenium, was noted by the English electrical engineer Willoughby Smith in 1873 while he was working with Selenium.

In 1876 William Grylls Adams* and his student Richard Day, discovered that illuminating a junction between selenium and platinum can have a photovoltaic effect. This effect is the basis for the modern solar cell. An electricity expert, Werner von Siemens, stated that the discovery was “scientifically of the most far-reaching importance”. The selenium cells were not efficient, but it was proved that light, without heat or moving parts, could be converted into electricity.

William G. Adams published also a paper on the selenium cell ‘The action of light on selenium,’ in “Proceedings of the Royal Society, A25, 113.

In 1883 Charles Fritts, an American inventor, built what many regard as the first true photovoltaic cell. He developed from selenium wafers a solar cell that had less than 1-2% a conversion rate but represents the beginning of solar technology as we know it today.

In 1887 Heinrich Hertz noticed the photoelectric effect, and published his paper entitled “On an Effect of Ultraviolet Light upon the Electric Discharge.” He noticed that the spark created at a receiving electric circuit increased when ultraviolet light hit the negative terminal.

* William Grylls Adams, an English professor of Natural Philosophy at King’s College, London was the brother of John Couch Adams, the astronomer who discovered Neptune. 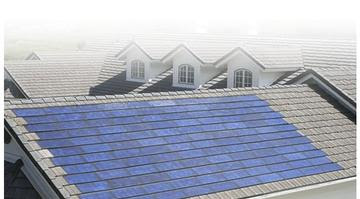